On a cold winter day I took some pictures in Oosterheem, Zoetermeer. The water was party frozen and there was a nice sunset.

For a few days it has been unusually cold in The Netherlands. Because of the strong winds, it took a long time for the water to freeze, but now the ice is thick enough in some places for ice-skating. This always lifts the spirits in The Netherlands and people venture onto the ice in great numbers.

In Oosterheem Zoetermeer, there is a nice canal which was party frozen. This is a suitable spot for a nice photo with reflections during blue hour.

I also visited the Bentwoud, which is a man made forest. Although the trees are still so small, it doesn’t deserve the name yet. The Bentwoud is on the edge of Zoetermeer and here I was alone with pheasants and rabbits. On of the rodents had been slain, its skeleton head still lying around. Which provided a nice foreground for one of my pictures. 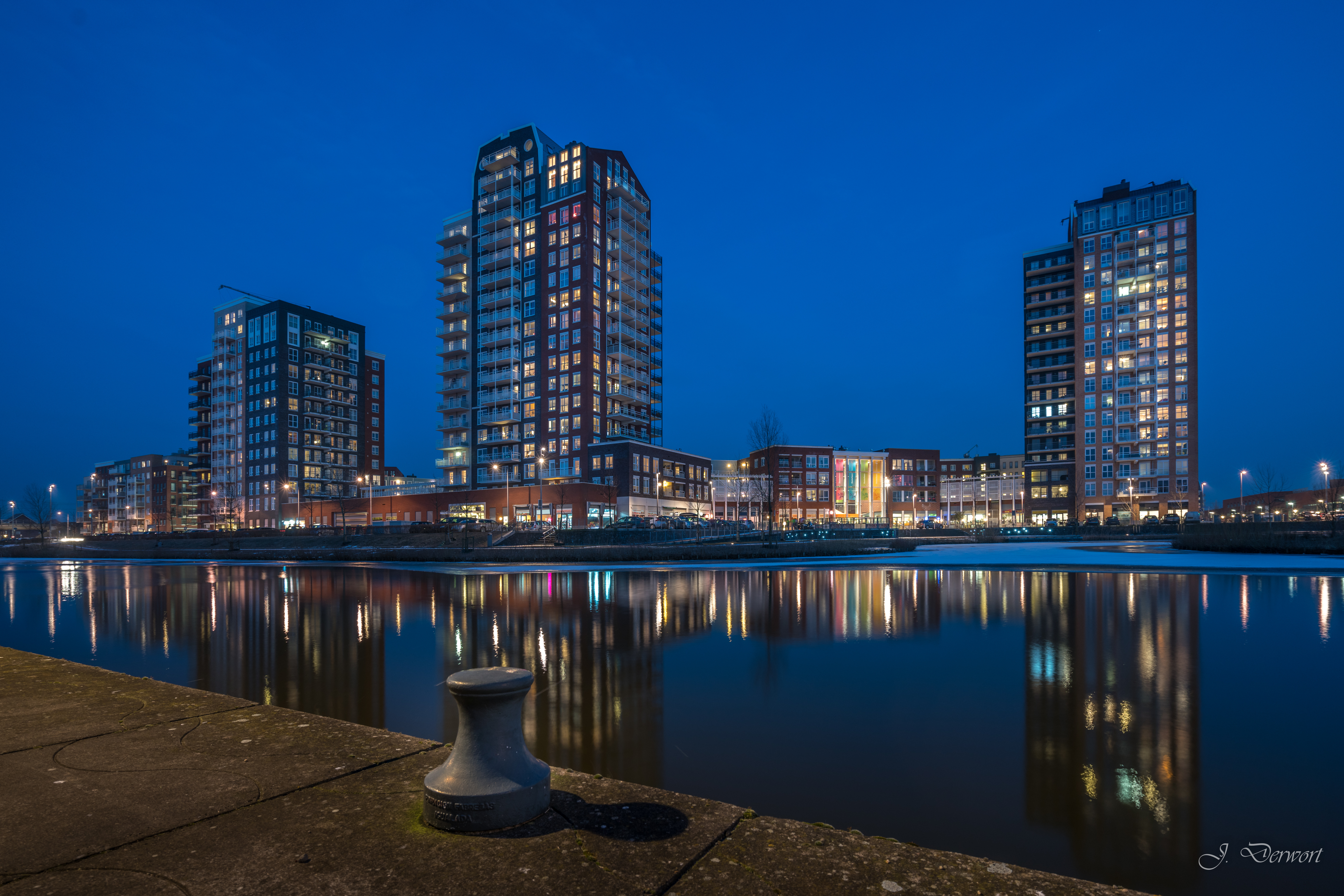 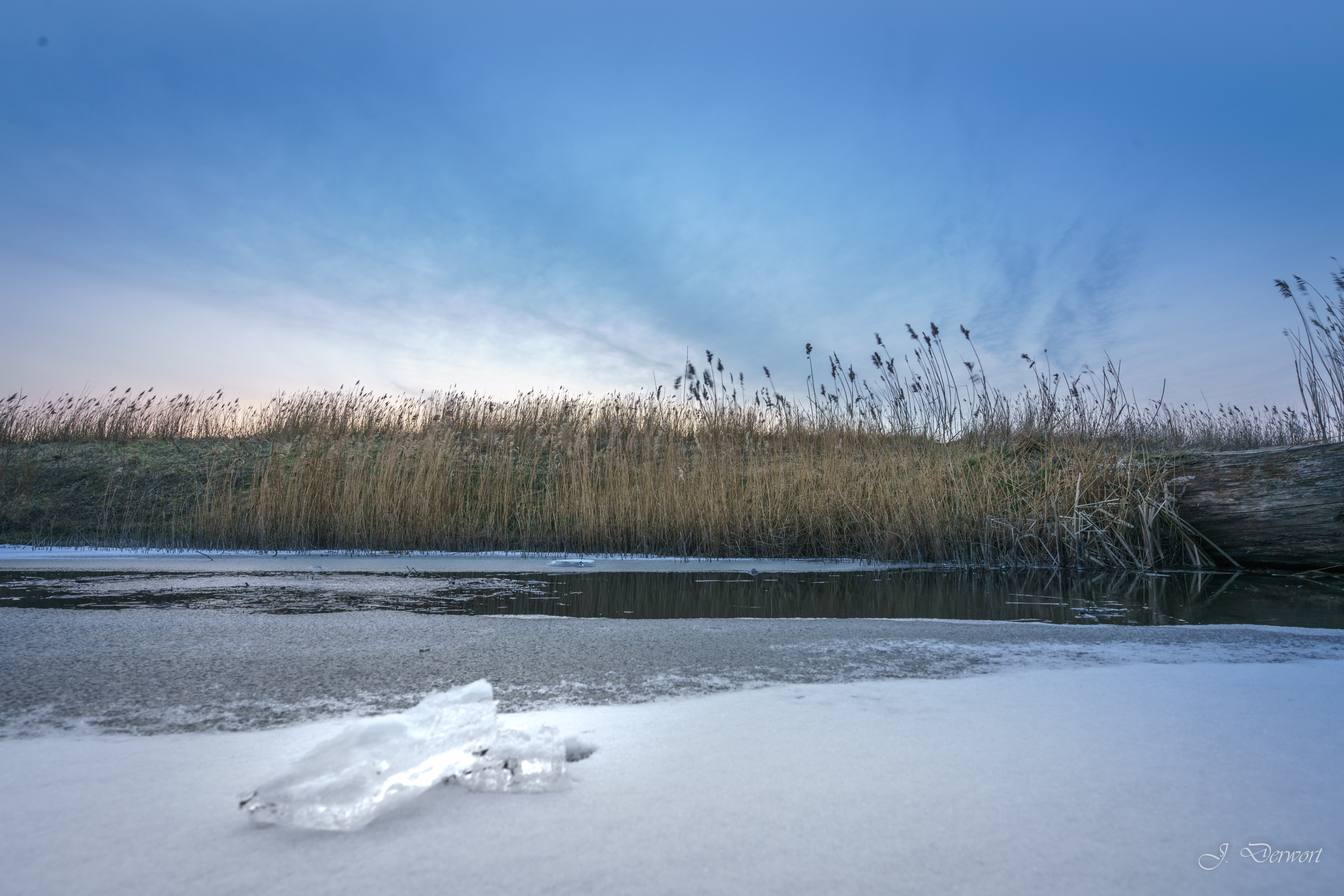 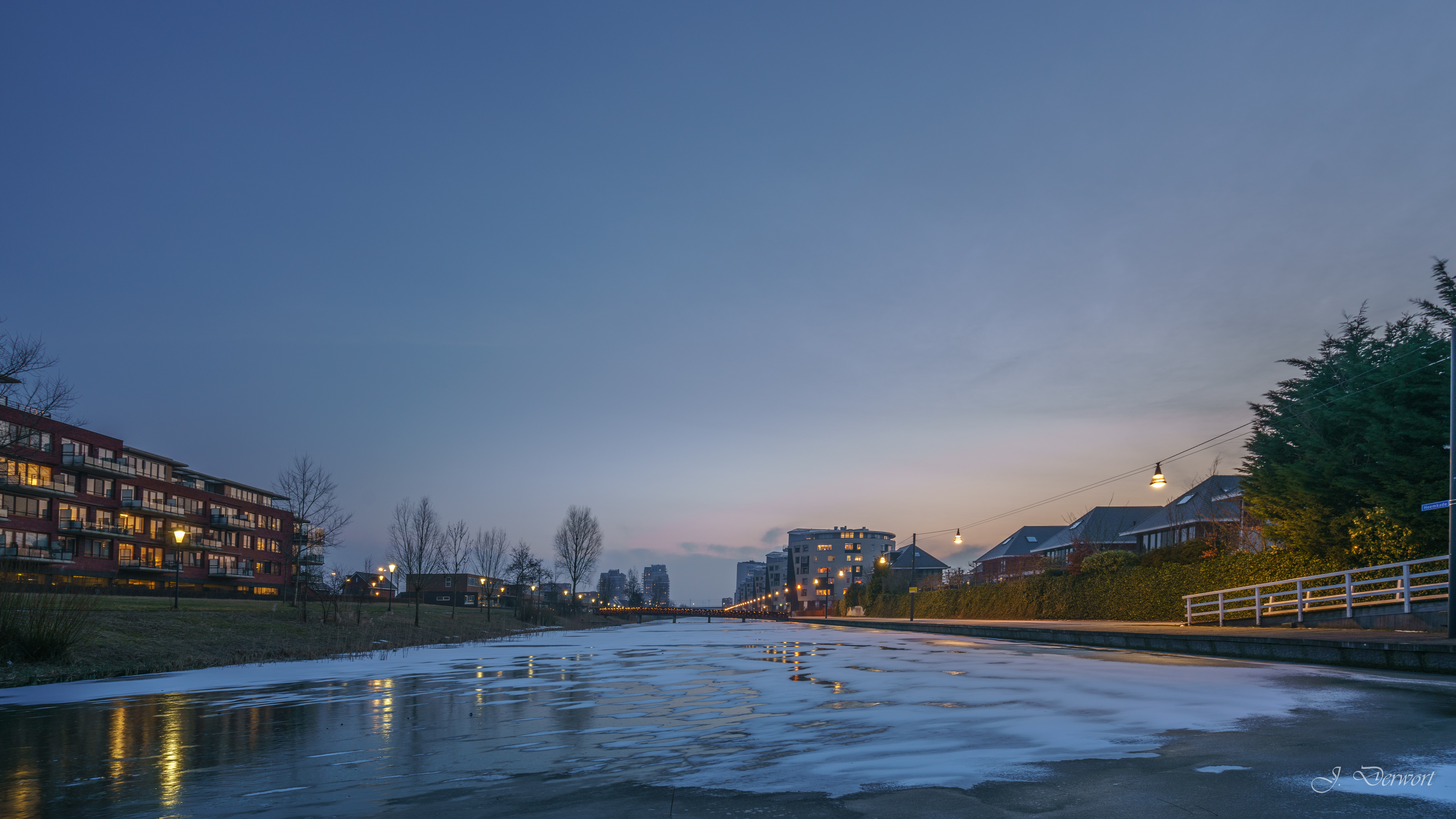 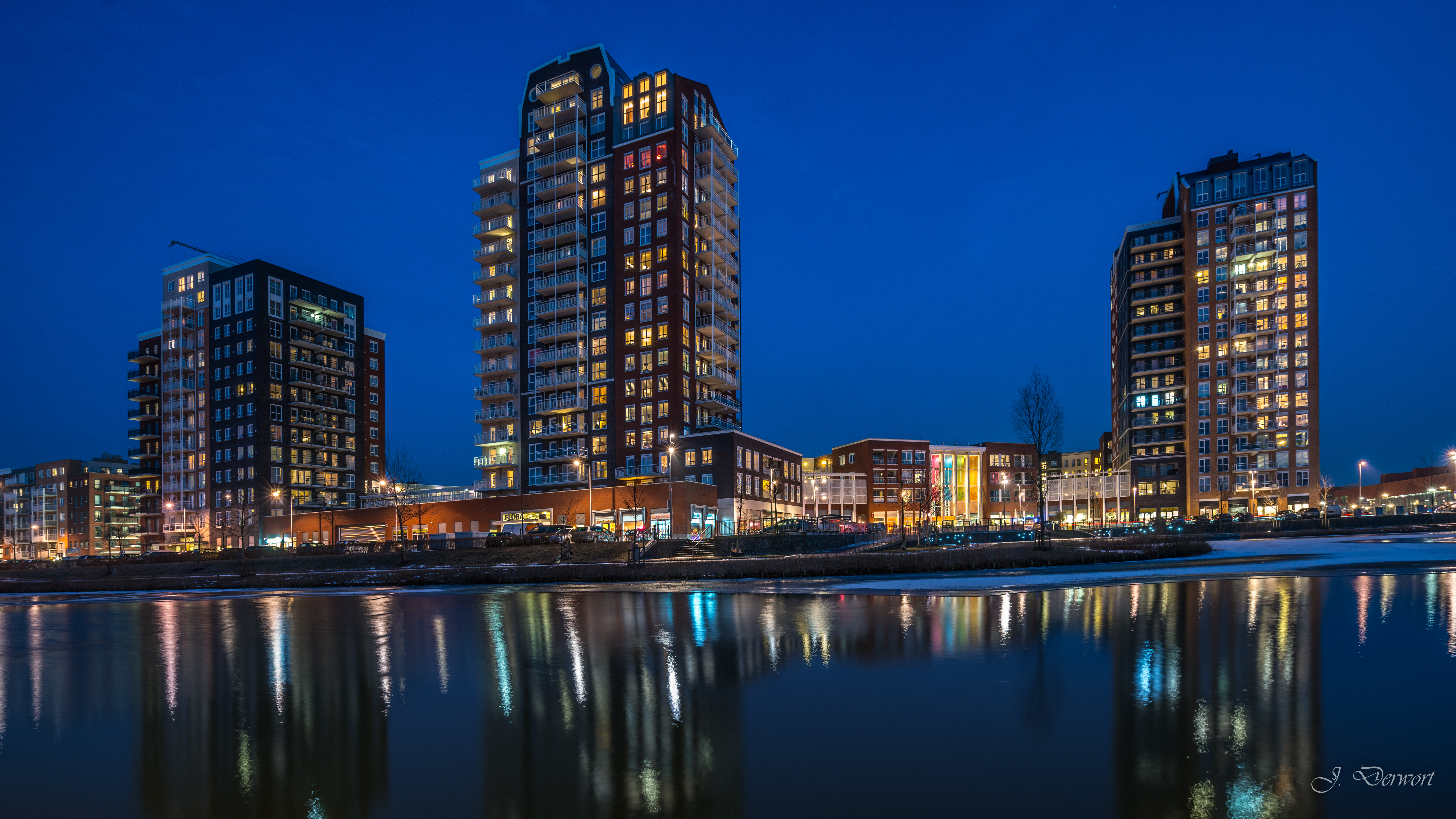