My final post with photos from the wonderful trip I made to Budapest earlier this year. There is one location there that you simple can’t skip for an awesome photo and that’s the parliament building. It is an impressive building by itself, but in the evening it is even more stunning as it is magically lit.

The Hungarian parliament is in the heart of the city, so you can’t miss it. The most common shot to take is straight from the other side of the river. What makes it challenging is that there are a lot of boats on the river blocking the view. Especially one ship that was docked in front of it, making it impossible to take the shot as we wanted.

It seemed we would not be able to take the photo. But we were lucky. just before we left, we tried the location again and the ship was away. We immediately took advantage of it. Just a few minutes later, the ship already came back and the view was blocked again.

The reflection in the river is so intense, it looks like pure gold.

It’s not on this photo, but in the sky above the building we could see small lights, like falling stars or fireflies. But at that distance it would not be possible to see flies. It turns out that it are actually birds that are lit up by the bright lights of the building! 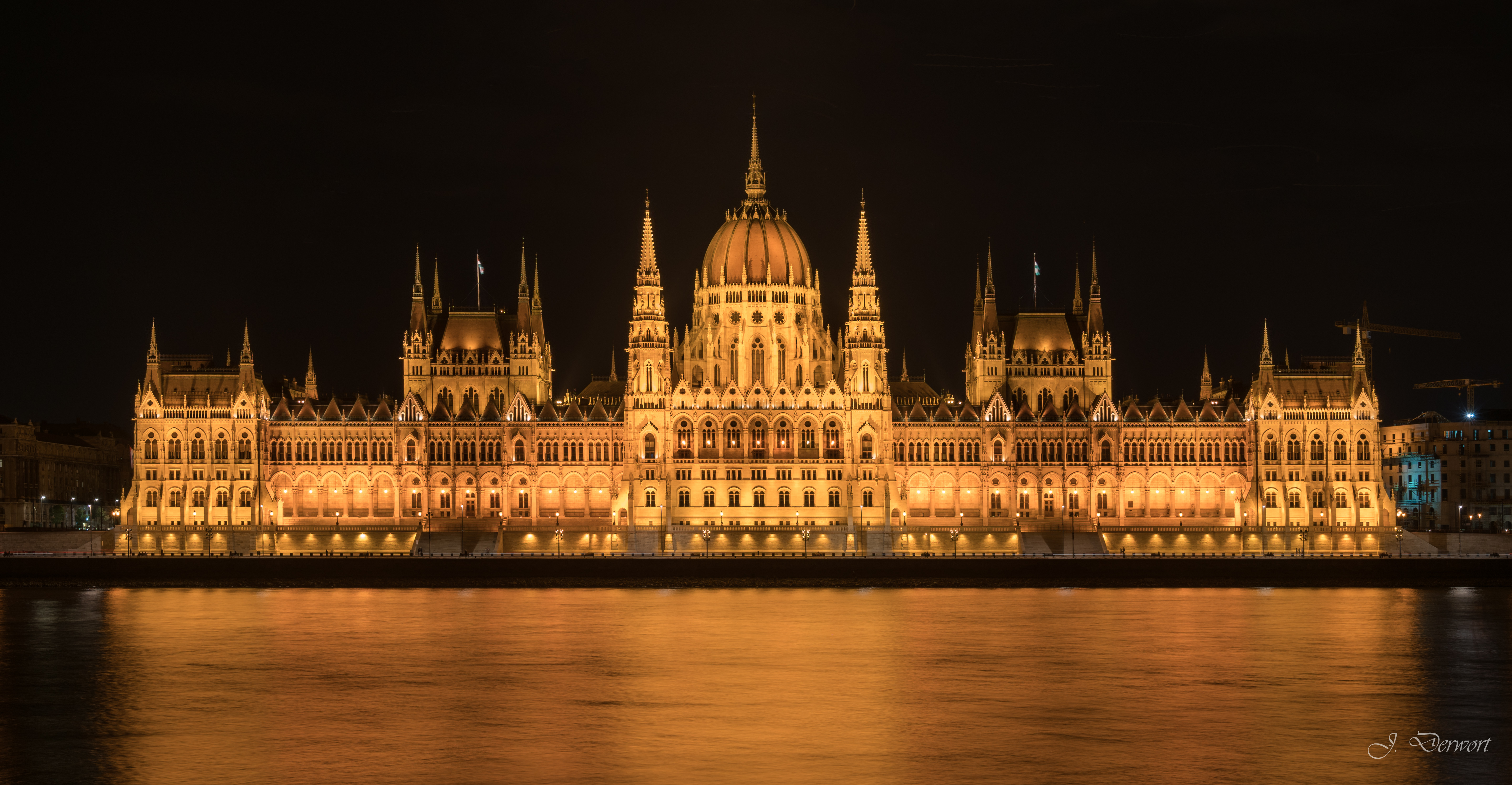